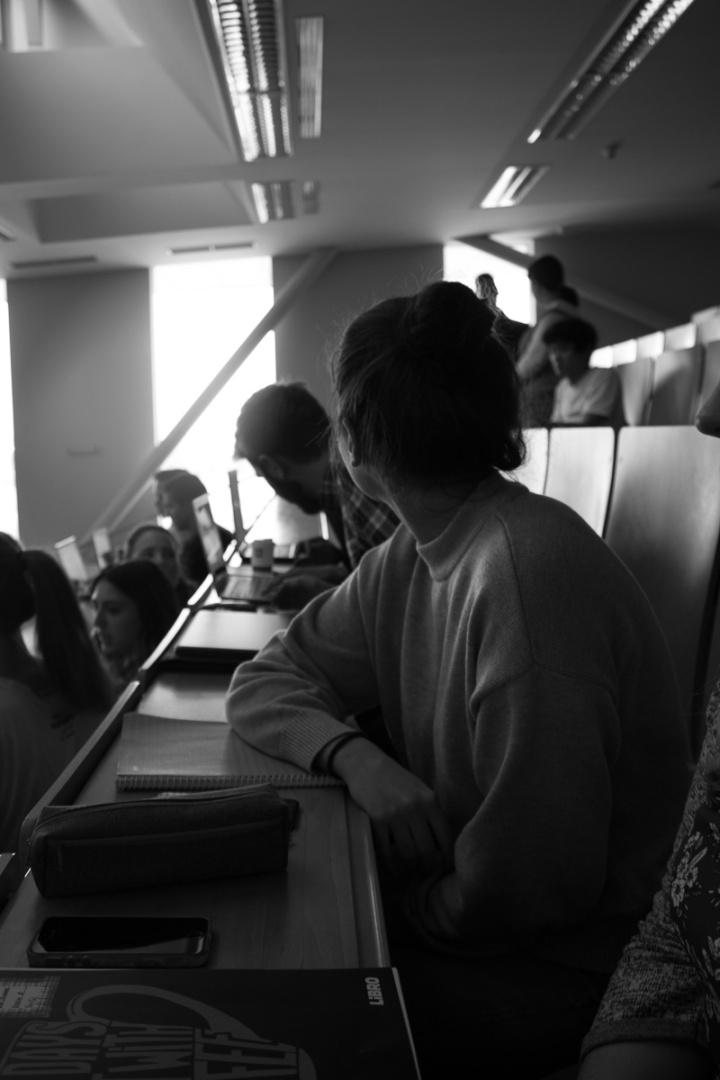 Hiya friends of the Internet!

Sooo, it’s been a while since I’ve done one of these life updates, aka The Education Diary, and a lot has happened since the last entry so I thought it was time to spill. So make yourself some popcorn and sit back because this story is about to be one hell of a ride.

January has been what I like to refer to as HELL. So many exams and deadlines, so many things to think about. Which made it even more exciting when a few people from uni and I decided to go to a semester closing party. Little did I know that that night would set a whole chain of events into action. But let’s start at the beginning, shall we? I was looking forward to going out as it would be the first time I went out with K and L. We all met up to pregame beforehand and then went to a bar near by. When we got there, it was nearly empty. But to our relief the place filled up pretty quickly after we arrived. Now here’s where the whole story starts you see, good old alcohol making sure I behaved like an absolute fool (while loving every single second of it).

There were a lot of shots, dancing and singing, if you can even call it that. And, as the night quickly progressed I found myself in the arms of a handsome policeman named David. Just kidding, I actually can’t remember if he was handsome or not, at this point I am actually surprised I can even remember his name. Honestly, I’m not even sure his name was David, but lets roll with it. This is where things get blurry. I have no idea if I actually exchanged more than two words with the guy but oh well. It was your typical “do you wanna get out of here? – oh okay, suit yourself then, bye”-type of conversation.

Only he didn’t leave. He actually came back to the dance floor and just stared at me from a distance. At one point we made out again (hey, don’t judge my intoxicated self) which proved to be a big mistake on my part. Now I don’t know what is acceptable club etiquette but this guy was touchy. And by touchy I mean reeeeal touchy feely. The sad thing is that as a girl, I have already gotten used to this kind of behavior. It’s like I even expect that at some point a random guy will grab my front or behind. To be completely frank, I’m at a point where I’m not even shocked anymore when something like that occurs. And I wish I could tell you it only happens once in a while. NO, I’m talking about 4/5 times. And I know, I know, I was kissing him too, which he probably interpreted as a green light to do whatever he wanted. But when I very firmly stated he should stop his response was something along the lines of “You know you like it”. When did I ever give him my consent? I pushed past him and went straight to the ladies room, never to see him again (THANK GOD).

Also quick sidenote, but also kind of relevant – don’t you just love the support in a girl’s bathroom? I must have gone to the bathroom like ten times that night and honestly, female strangers can be so supportive of one another. It’s actually heart-warming to see. Do I need to know about that time your ex cheated on you while you were doing a semester abroad? No, not really. But if you need a tampon, now that is something I can help you with, girl.

Okay back to my chaotic self hitting up the dance floor again screaming who knows which lyrics to what song. All I know is that I was feeling alive and free, dancing with friends, not letting my whole experience so far get me down. We shook our bodies until 4am. A few other things happened, but I’ll spare you the details (mostly out of shame). Ah, aren’t you just loving this post already?! I know, it must be so entertaining to hear about my “wild party life”. Jk, what life? Lol.

I got home, stuffed a sandwich into my system (what is it with alcohol and cravings?) and went to sleep. The next day was a very eventful one – I had a presentation in the late afternoon and before that was visiting a media company. Surprisingly I wasn’t hung over, just a little dehydrated and tired. I got to the media company and we started a 1 ½ hour tour of the whole thing. We eventually reached a film studio and by that point, I knew something was up. As the time ticked by I suddenly was in a state of total unease. It was like everything was in slow motion. All of a sudden I felt dizzy and grabbed L’s arm in an attempt to steady myself. “Ugh, I don’t feel so well” was all I could muster up to say. She told me to drink some water and as I was reaching into my bag for the water bottle…. BLACKNESS.

The next thing I can remember is waking up from what felt like an eternity of a dream. I opened my eyes, my ears slowly adjusting to the sound of people talking and… I was on the floor. Only it was like I still hadn’t fully snapped out of that weird dream. K and L were crouching next to me while a group of others had gathered around to see me, the spectacle. K accidentally stepped on my finger and in that moment it was like the bubble burst around me and I became fully aware of the fact that I had just fainted. Apparently I had just tipped to the side and onto the ground I went. People were asking me all of these questions my overwhelmed self couldn’t even begin to process. I think I eventually just asked to go outside for some fresh air.

Now I know what you’re thinking – it was the drinking that caused this whole thing. And partly, it probably was. I was extremely dehydrated, tired and who knows if the alcohol was fully out of my system?! On top of that the room we were in was so stuffy and hot. But I am also prone to dizziness and fainting. I wish I could tell you that this is the first time I fainted on an educational trip but truth is, long before uni I was known as “the girl who faints a lot in public”. True story; I actually once fainted in the shower only to wake up on the wet floor while water was streaming onto my face. I fainted at museums, trips to the hospital, in school…. basically everywhere you could ever imagine.

So there I was, now sitting outside with K and L, breathing in the freezing air, gulping down water and eating smarties like my life depended on it. We rejoined the tour shortly after that and let’s just say, it was pretty awkward when we got back. Every single person was staring at me. What made it worse is that every few seconds someone (even people I had never talked to in my life) would come up and ask me if everything was alright. It was a relief when the tour was finally over. It meant I had an hour break before the big presentation. Something I hadn’t been looking forward to anyway, but the thought of it after the whole incident really made me wish I was still on the floor with my eyes shut. I got back home and just rested before heading over to uni to do some final preparations with my group.

Hey, you still there? Sitting here reading my never-ending rant? It’s almost over, I promise.

The presentation was a disaster. Let’s just say, if I could have chosen another group, I would have gladly done so. You know those group members that just don’t give a shit, so much so that you end up doing 90% of the work? It was one of those groups. Working with them for such a long time was an experience I hope I will never have to go through again. With the presentation being the last step in our big project, I couldn’t wait to get it over with. Now, as a human being, I am in no way always organized. But presentations are something I do like to prep for and take seriously. It became apparent that I had been the only one in my group to take the whole thing seriously. I was MAD. So mad, that I actually ended up asking my professor if I could leave after the presentation, using my earlier fall as an excuse. He kindly allowed me to leave early (I think he saw the flickering rage in my eyes).

I was glad when my parents picked me up with a McFlurry waiting for me in the back seat. My parents seriously are the best. I know, I know, some people don’t like to spend time with their family – but I ain’t one of those people. It’s not like I am particularly close to my parents in a sense where they know everything that’s happening in my personal life (very private person here). But I just like spending time with them. Especially this year has been hard for my Mum I think, with me “leaving the nest” and all. So I’m giving her some extra love, cooking with her, enjoying the winter sun together, binging some shows… that kind of thing. My brother also needs some extra attention right now and watching him grow up to be his own person is so rewarding. I’ve always been close with my brother, we’re more like friends than anything else. After days like this, I am reminded of how much of a safe haven my family is to me and how grateful I am to have such a great support system of family and friends in my life.

If you made it so far, then congratulations, you have officially reached the end of this post! I know this is something a little more in-detail than usual, but I still hope you enjoyed reading. Here’s to hoping you found my embarrassing stunts amusing!

To round off this post, I would like to ask you for your own experiences with fainting and / or sexual harassment in clubs or bars (yikes). I’m sure some of you have some stories of your own. I think especially with the latter it is important that we talk about it, make it part of a conversation we should be having.