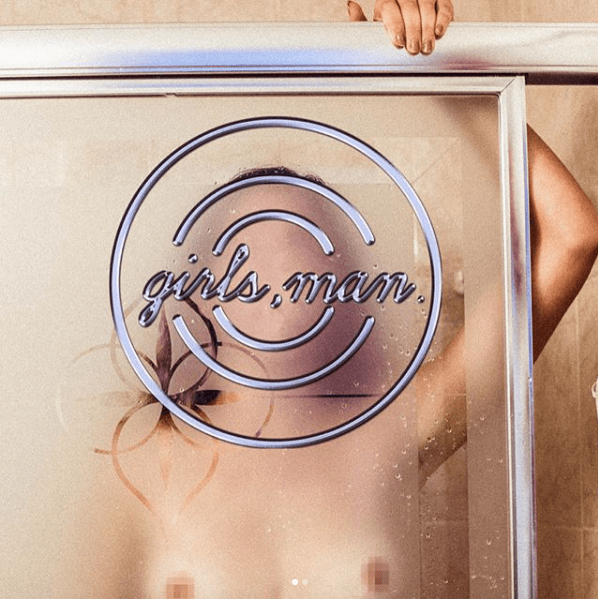 In this new feature of The Person Behind I talk to content creators Sol and Natasha, who give me in inside look into their purpose, beliefs and the message behind their creations.

Fiona: How many people are behind Girls, man?

We have been friends since middle school, and fell in love with analog photography when we were kids. We realized that we shared similar artistic visions and complementing aesthetic preferences. It helps that we’re roommates!

One thing that instantly drew me to your content was the message behind it. What principles does Girls, man follow?

The last few years has been an environment for change in society, and we found art to be the best outlet for our voice. So we decided to create Girls, man. to break down the polarity in society’s understanding of gender. Everything is masculine. Everything is feminine.

Describe the creative process behind your images.

In a world like today when we’re constantly being saturated with different forms of media, it’s not hard to be inspired. The beginnings can vary, we sometimes come up with a vision, a message, a decade, or even a color scheme. Other times, people approach us with a creative vision, concept or aesthetic and we help execute it.

As a female myself, I experience misogyny in my day-to-day life – it actually seems to be increasing again – Do you think we are currently taking a step back in history regarding the woman’s role and rights in society?

We think to say that society is taking a step backwards negates the efforts of so many important woman from the past and present. We find that it is also important to take a step back and consider that there are many different definitions of feminism, and not every effort to further women’s rights will look the same. We agree that there is room for improvement and infinite steps forward that we can take. The women’s rights movements is very much prominent and the message is being said, it’s important to encourage those around you to keep challenging the current norm and advocating for women.

Do you believe the term “feminism” is outdated or misleading? From my experience a very common question we get asked is why we don’t call ourselves equalists or even humanists. What does feminism mean to you?

We don’t think that the term is outdated but rather that the term has organically evolved. There are infinite interpretations of the word feminism and we feel often frustration comes from expecting everyones understanding to be the same. Personally, our definition of feminism is standing up for the destruction of gender polarity. We feel that masculinity and femininity are expected to act as opposites. Our tactic or way of approaching this issue is emphasizing how femininity can be found everywhere, just like masculinity. We challenge people to question their own definitions of feminine, often traits are arbitrarily assigned a gender, something as silly as dancing is stereotypically labeled as “girly”. Feminism to us is understanding and accepting where femininity can be and not dictating where femininity can’t be.

What do you think about all of the faux-feminists out there or women claiming not to be feminists?

How do you function/work as a team? Does a lot of coordination take place over social media and other digital channels?

Our similar artistic vision makes the process run smoothly. As far as social media, we think of our followers as part of the team and are always accepting and encouraging collaborations.

Do you believe social media to be a weapon or a disadvantage in the fight for equal rights?

It is a platform. We agree that sometimes it can be a bit destructive but at the end of the day it is a means to be heard globally.

What’s in store for the future of Girls, man?

A huge thank you to Sol and Natasha for being a part of this series! I wish you the best of luck for what’s to come!

Season two of The Person Behind revolves around fellow creatives and their individual experiences with social media and self-expression. This season aims to emphasize feminism and outdated social constructs and underline the significance of raising awareness and spreading the word.

IF YOU WANT TO BE FEATURED ON THE PERSON BEHIND, CONTACT ME HERE.

8 thoughts on “The People Behind: Girls, man.”