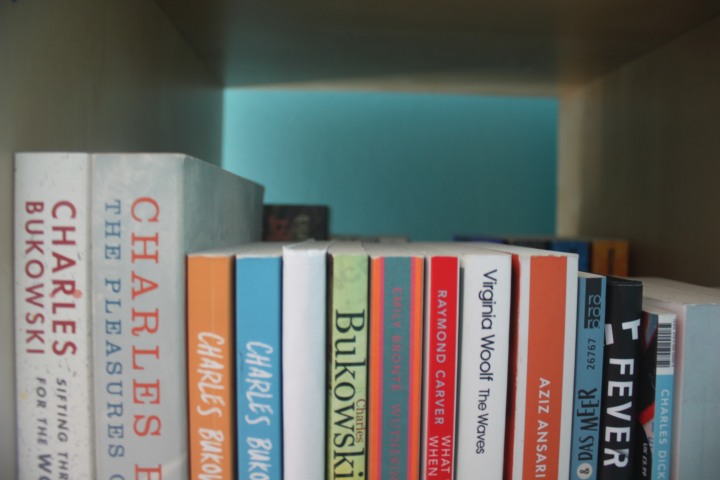 In my profile description on Goodreads I put down the line “presently trying to read more classics” as a friendly reminder and motivator to myself to actually follow through and read some books that have been on my list for ages, but I’ve just found too intimidating.

So when Rachel from Another Station, Another Mile contacted me about a possible collaboration and we both realised that we had read a fair amount of classics between us (and centred our post around this) I was beyond thrilled.

Growing up, I never understood why there were so many classics on my school’s mandatory reading list. It was only after I had read a few and had to admit to myself that I had actually liked quite a few of them that I truly developed a taste for reading classics.

Looking back, I feel like I contributed to giving classics a bad reputation, especially in the eyes of teenagers. Now that I tutor both German and English, the line I hear most from my students is one I used not too long ago: “Why do I have to read something that was written more than a hundred years ago?” My answer is always the same: Why not?

“Humbert Humbert – scholar, aesthete and romantic – has fallen completely and utterly in love with Lolita Haze, his landlady’s gum-snapping, silky skinned twelve-year-old daughter. Reluctantly agreeing to marry Mrs Haze just to be close to Lolita, Humbert suffers greatly in the pursuit of romance; but when Lo herself starts looking for attention elsewhere, he will carry her off on a desperate cross-country misadventure, all in the name of Love. Hilarious, flamboyant, heart-breaking and full of ingenious word play, Lolita is an immaculate, unforgettable masterpiece of obsession, delusion and lust.”

Lolita is a shocking and twisted tale centred around pedophilia. What is so horrifyingly brilliant about this book is the way it is written. We read it from the perspective of Humbert, one of the most unreliable narrators I have ever seen in literature. His way of describing events and justifying his needs are written in such a clever way that it makes you question your own judgement sometimes. It is written to manipulate the reader into understanding Humbert and his pursuits.

Lolita is an extremely well-written book that keeps you on your toes and will definitely leave you feeling uncomfortable at times. The controversial subject matter is what made the book itself so highly controversial, yet I was definitely left in awe at what Vladimir Nabokov was capable of.

Click here to read my full review of Lolita.

“In his second collection, Carver establishes his reputation as one of the most celebrated and beloved short-story writers in American literature—a haunting meditation on love, loss, and companionship, and finding one’s way through the dark.”

Raymond Carver’s “What We Talk About When We Talk About Love” is a fairly thin book composed of numerous short stories that shed light on different people and their individual relationships.

I found some characters to be spectacularly layered, so much so that I found myself wishing for the story to continue. It is an art to capture a readers attention when the story is merely a few pages long – Carver did just that with most of these while keeping his language and descriptions simple but precise.

The Old Man And The Sea – Ernest Hemingway

“The last novel Ernest Hemingway saw published, The Old Man and the Sea has proved itself to be one of the enduring works of American fiction. It is the story of an old Cuban fisherman and his supreme ordeal: a relentless, agonizing battle with a giant marlin far out in the Gulf Stream. Using the simple, powerful language of a fable, Hemingway takes the timeless themes of courage in the face of defeat and personal triumph won from loss and transforms them into a magnificent twentieth-century classic.”

There are two things you will hear the most from The Old Man And The Sea: 1) that is tediously pointless and 2) that is a masterpiece (as you can probably guess, this is a book you will either love or hate). After reading this book for the first time for a school presentation a few years ago, I would say I fell more into the first category. I was just confused as to how I had been reading a book about an old man and a fish for the last few hours where nothing really seemed to happen.

Seeing as I had to do a presentation on the book and it was relatively short, I decided to give it another try. I am still clueless as to how my opinion on this book was so drastically changed after reading it a second time but somehow I fell in love with the theme (and perhaps really understood what this book is about for the first time): Nature vs. humankind. As Hemmingway put it, “Man can be destroyed, but not defeated”.

” ‘It began as a mistake.’ By middle age, Henry Chinaski has lost more than twelve years of his life to the U.S. Postal Service. In a world where his three true, bitter pleasures are women, booze, and racetrack betting, he somehow drags his hangover out of bed every dawn to lug waterlogged mailbags up mud-soaked mountains, outsmart vicious guard dogs, and pray to survive the day-to-day trials of sadistic bosses and certifiable coworkers.”

How many times will I mention that I love Charles Bukowski? Nobody knows. But this book is taking us way back, back to the beginning of my die-hard love for Bukowski. This is the first book of his I ever read and is, looking back, the perfect book to introduce you to his distinctive writing style and his alter ego, Henry Chinaski.

Bukowski is known for his very raw realism and sometimes graphic descriptions – his style takes getting used to, as does his personality. What I love about his works in general is that with each one I read, I feel like I get to know him a little better.

I will leave you with this: My Goodreads review of Post Office consists of this sentence only — “Heartbreaking & sad – The life of Henry Chinaski.”

Pride and Prejudice by Jane Austen

“Since its immediate success in 1813, Pride and Prejudice has remained one of the most popular novels in the English language. Jane Austen called this brilliant work “her own darling child” and its vivacious heroine, Elizabeth Bennet, “as delightful a creature as ever appeared in print.” The romantic clash between the opinionated Elizabeth and her proud beau, Mr. Darcy, is a splendid performance of civilized sparring. And Jane Austen’s radiant wit sparkles as her characters dance a delicate quadrille of flirtation and intrigue, making this book the most superb comedy of manners of Regency England.”

I’m just going to come out and say it: Pride and Prejudice is the reason I am addicted to hate-love stories as much as I am. They give the romance genre a completely new layer and usually have an intense build-up.

I have read Pride and Prejudice twice and seen both the film and the mini-series (HELLO Colin Firth) more times than I can count and it never.gets.old. The main characzer, Lizzy is such a head-strong and opinionated character – definitely a woman ahead of her time. Mr. Darcy is a seemingly arrogant and rude gentleman who turns out to just be a little socially awkward (hah).

Click here to read my full review of Pride and Prejudice.

SECRET TIP: After you’ve read Pride and Prejudice, I recommend the modern retelling of it: Pride And Prejudice And Zombies. (click here to read my review of that – I’ll just leave it here; “It is a truth universally acknowledged that a zombie in posession of brains must be in want of more brains”.

Extra: Lamb To The Slaughter by Roald Dahl

“Lamb to the Slaughter demonstrates Dahl’s fascination with horror (with elements of black comedy), a theme that would influence both his in adult fiction as well as his children stories.”

Lamb To The Slaughter is a short story written by Roald Dahl. Before reading this story in a bookclub, I associated Dahl with children’s stories and books. But DAMN, Dahl definitely proved that he can do it both. It is a story that grips the reader from the start, has hints of black humour in it and is in general a splendid example of what a short story should be. Full of Twists and surprises, Lamb To The Slaughter definitely doesn’t disappoint.

And there you have it! Five of my favourite classics and an extra one just for good measure (and because I couldn’t decide).

❤︎ What are some of your favourite classics? ❤︎

There are of course hundreds of brilliant classics, which is why I urge you to head over to Rachel’s post and check out her list of classics. Rachel’s blog is filled with book-related posts (among others), so I highly recommend you check it out!

If you want to stay updated with what I’m reading (loving, hating & rating), add me as a friend on Goodreads.

16 thoughts on “5 classics you have to read”