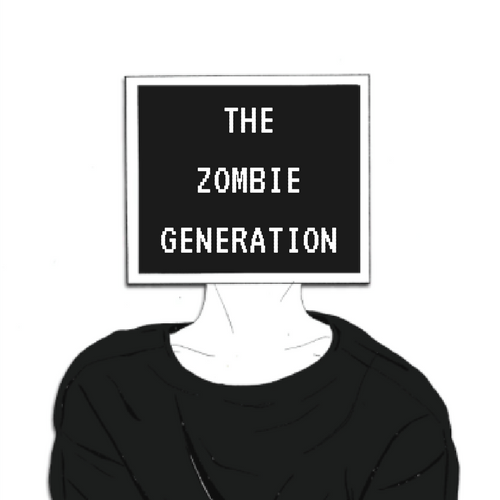 There once was a time where I would have done about anything to get new Instagram followers. Oh yeah, I was that kind of girl. I would constantly check my likes and obsessively overuse hashtags that didn’t really have anything to do with the actual content I was posting. I followed a bunch of people I didn’t know just because they had placed #FOLLOW4FOLLOW in large capital letters in their bio, as if screaming out to the world that they too placed way too much importance on followers and likes. It was like one endless cycle in which not only I, but it seemed like everyone I knew found themselves trapped.

It was around that time where my 14-year-old self was steadily growing a following of mainly strangers that Instagram decided to delete all ghost accounts. Now, with myself having close to a Thousand followers at that time, I hadn’t realised how many of them where actually just robots or unused accounts. Turns out it was more than half. And it still shames me to actually admit this but I was deeply upset by this cut; way more upset than anyone should ever be about something so silly as followers. Still, I couldn’t help but measure my “coolness” by my follower count. Even worse was the fact that other adolescents actually defined others by their number. In my school there were girls who would only post a picture with someone if they had 500+ followers. The thought of that now makes me sick.

We live in an age where social media has become its own world. People post pictures of their seemingly perfect lives and others try to measure up to that as if the images they are seeing are reality when really, it is just one massive construct of the ideal life. We compare ourselves to others so much online that we forget that we are our own person. Back then I was weighing my self-worth by how many likes and followers I had. This unhealthy behaviour took more than a few years to run its course because I finally realised that social media had made me weak. I was living another person’s life, a person who definitely was not me. Through all of the #yolo’s I started making some changes. I deleted all of my pictures and unfollowed every single account. I started following mostly people I knew or accounts dedicated to fashion and art, two passions of mine. I vowed to use it as a space to share memories, not lies. It was a fresh start for me.

And then on one wild party last year my phone fell into the toilet by accident. (Mostly because I was drunk out of my mind and had forgotten that it was in my back pocket) But let me tell you, that was the best thing that could have ever happened to me. For the first time since my childhood I was completely off the grid. And because my phone contract was running out anyway in a matter of months, I made the wise decision to just sit out those three months without a phone. I started reading instead of scrolling through feeds, I went to way more social events and met more people than I had ever before. I connected with a girl who I now count as one of my closest friends by having a lot of deep conversations with her. I got out more, talked more, slept a lot better and overall, just lived life for the first time. This phone detox made me realise how much valuable time I had spent glued to my device. I started to despise people who couldn’t go without checking their phone every few minutes and cut most of those people (with whom I had previously spent time by just sitting across from each other, on our phones) out of my life.

Now that I have a phone again I have noticed how indifferent I have become. Sure, I still check social media every now and again, but I am not stuck to my phone like I used to be. I don’t check my phone regularly anymore and have become the type of person to reply to a text an hour (or even longer) after I receive it which makes some people pretty mad. I have had some extremely ridiculous fights with guys over this because they see my unwillingness to be available 24/7 as some kind of game of mine. “Stop playing hard to get!” is something I have heard more times than I can count. One guy actually ended things with me because I didn’t immediately text him back. I can’t be the only one to find this absolutely crazy, right?

I am not saying social media is all bad. It, like anything else, does also have its charms and advantages. WordPress after all is a social media platform like any other and I for one have found my time here to be splendid. I try not to monitor my stats as much as I used to and I do believe that this has made a great difference in my approach to writing. I think it makes this blog and my writing more authentic, not because I ask myself what others want to read but what I want to get off of my chest. When I get to interact with other bloggers out there who comment on my posts I am reminded that I am enough, just the way I am. Social media has also been an incredible way for me to stay in touch with my international friends and family. It gives me the chance to stay up-to-date in their lives. I have even developed a passion of mine, writing, through it and have met some incredible people because of it. Through this blog I am able to reach countless of people from all around the world who have the same interests as me.

This generation (or as I have named it; the zombie generation) has become toxic in my opinion. Look at all of us, just staring into our devices like it is our only purpose in life. When thinking about the future, I am worried. When I look around, I see children growing up with iPads instead of toys. Social media is taking away children’s childhoods and their skills. I know a lot of teachers and parents and they all say the same thing: technology can be a great asset but it can also be a huge liability in a child’s development. Because of this, children are unable to complete simple tasks like tying their shoes or using scissors. When I compare this new reality we find ourselves in to my own childhood, I am glad to have been raised in the late 90’s/early 2000’s. Oftentimes I find myself thanking my parents for reading to me and encouraging me to read myself. What happened to books?! What happened to kid’s imaginations and creativity?

If there is anything I have taken out of this for life, it is that I refuse to raise my future children with social media and technology. I want my children to grow up in a world where anything is possible in their own jungle of thoughts, where they go to the playground, make up worlds inside of their heads and discover their passions. I hope to be a good example to them one day and show that there is a lot more to life than likes and clicks. Above all, I just want them to become their own person and be happy. That’s what I am trying to achieve right now, let’s hope that it becomes my reality.

26 thoughts on “The zombie generation”