it feels like ages since I last sat down and wrote a little update entry about what *the hell* is going on in my life. It’s June now and my god, am I longing for summer break. All of the stress I had in May was just the build-up to what June is like right now. Exams. Deadlines. Exams. Deadlines. The circle of death (and the one beneath my tired eyes🙃). But despite all of it, I can’t really say that the last few months have been bad in any way. Here’s the thing – I like being busy (even though I complain about it sometimes), it gives me a sense of purpose that over the time I have found I need in order to function properly.

My last year of being a teen

So, what have I been up to recently? Well, there was my birthday for one. It was at the beginning of May and although I hadn’t really planned on celebrating (for some reason my birthday has just gotten less and less significant for me over the years), I spontaneously decided that I needed to do something different, push myself a little more.  Some of you might remember that I am currently trying to do that in order to control my anxiety a little more. Even though I had been feeling a little down on the days leading up to the big 1-9, the day itself actually put me in a better mood again.

Unfortunately my birthday was on a Friday, so I still had to go to uni for most of the day. K and L surprised me that morning with a box full of things that I love. It was so thoughtful and nice of them and it honestly made up for having to study all day. My mum was also really sweet about my birthday. She picked me up on the day of my birthday and we just spent a relaxed mother-daughter evening together, my dad and brother eventually joining us for dinner at this cool Japanese restaurant. On Saturday I invited a few of my closest friends and we ended up going to a bar located right by the Danube. After that we went to a club and in all honesty, I didn’t think I would have as much fun as I did. Props to my friends for being so great ❥

I lot of people asked me what it felt like now that I was nineteen and boy oh boy, I wish I could give them an exciting answer. But truthfully, being 19 doesn’t feel different from 18 at all. It’s not like everything about you changes just because you’re a year older. Change takes time. You know what won’t take a lot of time? Me turning 20. T-W-E-N-T-Y! In a year! Just writing that down kind of makes me feel nervous. I’ll have to think of a new blog name. In my head, me being in my twenties seems like such a far-away concept but I know that the upcoming year will go by fast – here’s why:

This has been something that has been in the works for quite a while now – a semester abroad in Belgium. Part of the reason I have been so stressed out lately is because I had to fill out a stack of forms and applications for my semester abroad. K and L included, as we are all going to Belgium together. And I am so excited to write that we will be officially going to Belgium starting next September! Man, excited doesn’t even begin to describe the joy I felt when I got that acceptance email.

The application process had been a bumpy process for us because we mostly had to rely on ourselves to get everything done because the lady who was supposed to help us was sick. For three months. And then she came back looking ten shades darker. NOPE, excuse me if I don’t believe you were too ill to even respond to our emails or to forward us to someone who could help us in the mean time. Thank god we relied on ourselves and not on her because by the time she came back, all of the application deadlines were already over.

But woohoo, Belgium! I can’t wait. I think especially because I was just talking about stepping out of my comfort zone, it will really help me grow as a person and redefine the barriers of my safety bubble. I will of course be taking all of you along for my semester abroad and am sure that I will have tons of content for The Education Diary series. And what makes me even happier is that I get to share that experience with K and L, who have become something like my lifeline when I’m stressed.

Going out more in the midst of chaos

May started out with a bang and that bang continued from there on. That’s right, yours truly has been hitting up the clubs and has been enjoying the night life more again. Even if it’s just spending time at a bar with a few friends in the evening, I have been loving letting go and just forgetting about my responsibilities and 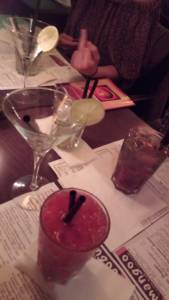 worries for a few hours. It’s fun, it makes me feel free and I feel young again. As stupid as it sounds, it’s easy to forget that I am just nineteen sometimes, especially when there are responsibilities waiting for me at every corner. Oftentimes I will feel so old in comparison to people that in reality are only a year or two my junior. Growing up is weird, man. Shoutout to my friend K, for being so charming in this picture:

One person I have been spending more time with again is J, one of my best friends from middle school. We reconnected a few months ago and have been going out together more and more ever since. It’s kind of nice talking to her again, as there was never really a reason behind us going our separate ways. We just ended up in different high schools, which eventually led to us growing apart. The best thing about talking again after years of radio silence is the fact that we are getting to know each other again. It would be naive to think that we haven’t evolved over time, so being able to rediscover her personality and learn more about her has been such a rewarding process for me.

We recently went to a small festival together and I had the best time. We also ran into one of my childhood friends and ended up spending most of the evening with her and another group of popele, all just laughing and talking. It was a great night, one of the best.

Taking some time for myself

Some of you might have noticed that I definitely haven’t been posting as often as I normally do. Part of it is due to exams, another due to lack of inspiration. I have been putting so much hard work into this blog and all of my creative projects for these last few months that I just needed to recharge for a while. To be frank, I definitely needed that small break from blogging so regularly. It was all reaching a boiling point, me desperatly trying to stick to some sort of schedule while still producing content I genuinely felt proud of. I feel like I finally have my groove back and can slowly start creating and writing again. I have TONS of ideas already.

What about you? What have you been up to lately?

Wishing everyone a lovely summer holiday and to those of you who still have to study (like me unfortunately) I am wishing the best of luck for all of your exams! 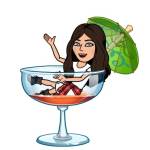