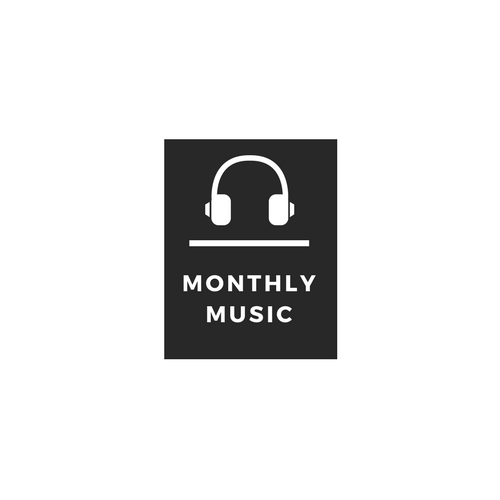 New year, new music! I kicked off 2018 with a variety of songs, moods and artists.

I can’t believe the first month of the new year is already over! January has been a busy month for me (thanks uni), so a lot of these songs helped me power through essays, projects and studying. The rest did a great job of helping me relax and unwind after a stressful day.

What are your favourite songs of January? I would love to get some February recommendations!

Like in every Monthly Music edition the full Spotify playlist will be embedded below if you would like to check out all songs I’ve been listening to in the past month.

Here are my most listened to songs of January*:

*ps. by clicking on the song titles in blue, you will be directed to the song on YouTube. All songs are available on Spotify.

Watching Him Fade Away – Mac DeMarco

I Saw You Close Your Eyes – Local Natives

It’s All Over Now – The Rolling Stones

Dance Around The Fire – Why These Coyotes

When You Die – MGMT

I just love Grizzly Bear. I probably discovered them about a year ago and was instantly taken by their music. Three Rings was also a song of theirs I couldn’t stop listening to on repeat this month. Something about this song in particular though gives me this weird sensation… it’s hard to describe. Such a sad but beautiful song.

Dance Around The Fire – Why These Coyotes

Why These Coyotes is a very underrated band I discovered through one of my Discover Weekly Playlists on Spotify. They describe themselves as a combination of Indie Rock with RnB, Jazz and Hip Hop influences. Such a great song which is definitely on its way to become one of my all-time favourites.

When You Die – MGMT

This music video is one of the best I have ever seen – they take ‘weird’ to a terrifying new level. So much depth to it! Ive also been listening to another song of theirs called Hand It Over. In a world of so many underwhelming artists (famous for no reason), I am thankful for MGMT. They understand psychedelia in a way only few in the industry do. This song has been stuck in my head for WEEKS and I wouldn’t want it anywhere else.

Listen to the full playlist here:

I am just really feeling today's outfit 🌹⬇️
In celebration of yesterday's #worldpoetryday I decided to share an excerpt from one of my favourite Bukowski poems ❣️ Poetry is everywhere around us - it is in the people we love, in the air we breathe, in acts of kindness by strangers and even within us. It is one of the art forms I cherish the most. Touching the heart and the soul, poetry speaks the truths we fear admitting. It is reminiscent of the past, a time machine that let's us revisit our most beloved memories.
mornings... ☁️ [SOUND ON]
H E Y : Enjoy these two random pictures I took in Prague!
Hi! Just letting all of you know that I am alive and well!🤗 I took a little break from blogging for a month (more about that in a blog post coming very soon) but damn, I have really missed the whole blogosphere so much!
This is the last Paris photo for a while, je promets!
Loading Comments...
%d bloggers like this: