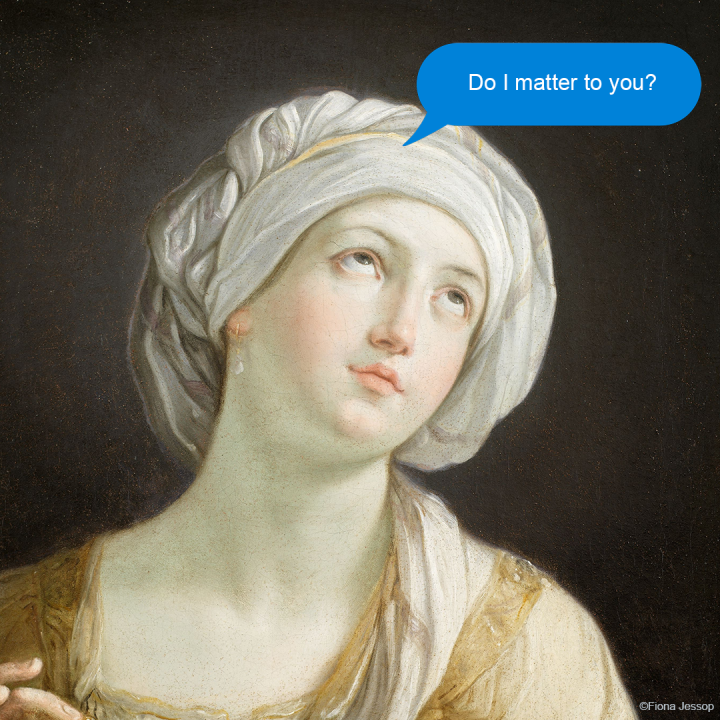 We all want to be remembered. We want to be recognized by the people around us, especially the ones closest to us. We crave that tiny sliver of hope in our daily lives, telling us that hey, you matter.

Recently, I have been in an on/off state of feeling “out of body”. Coming in waves, it leaves me to question my reality, my existence….everything. It is in times like this that I find myself clinging onto the impressions I might have left, imprints I could have made – if only to remind myself that you are real. You exist. You are here.

It is as if I need proof that people care about me. And maybe even more than that, I need to feel like someone knows me. Not the version of myself I present on most days, not the fraction I sometimes let slip through… me. And well, if being an INFJ type doesn’t already speak volumes about me, there aren’t a lot of people who are patient enough to watch me unravel that far. As I have been told in the past, getting to know me can feel like “reading an endless book full of metaphors, having to constantly read between the lines” …ouch.

“Only the forgotten are truly dead.”

Oftentimes, I feel like my role in society is to simply perceive and listen to others…. as if it has been pre-programmed into me. It can be a lonely world in which I sometimes find myself in, feeling as if you know others, but nobody truly knows you. On the one hand, this is one of the reasons why I write. I take in so much, simply by observing and listening, that often this is the only way my own feelings can come out. On the other hand, I think that’s why I appreciate it so much when people are observant and curious enough to notice things about me. When they listen – truly listen. When they pay attention to small details, ones others either overlook or don’t care about enough to read into.

The leap of joy one gets when someone remembers is, in my belief, the very definition of validation. It feels good to be seen. The antithesis between that and the drop in one’s stomach when we are forgotten – the feeling of suddenly being invisible – is brutal, to say the least.

Just a few days ago, I read about a study titled “On Being Forgotten”. In it, 56 students of the University of Aberdeen were asked to keep online diaries, taking note of every single time they were forgotten. The perhaps most revealing result of the study is that “even when being forgotten was explained away” being forgotten “still reduced felt importance and closeness”. In other words, we often try to rationalize other people forgetting – we try to think of logical explanations, we make excuses for the other person – but even the most rational explanation in the world won’t change the sting of pain we feel. The feeling that the other person simply wasn’t interested or invested enough to care / remember.

And, as if underlining my my own feelings of displacement as of late, the study’s participants who were forgotten often reported decreased senses of belonging and meaning in the world. Hah, don’t you love it when everything comes full-circle?

There is no doubt in my mind that a lot of us – if not most of us – have felt both sides of this coin before; Being remembered and being forgotten (and the feelings that they evoke). If anything, I’d like to think that those experiences shape us to be more aware of our surroundings, teach us to notice and appreciate the little things in a person more and move us to communicate this more often to them…. but alas, those are hopes from the (rare) optimist in me. I think that sometimes, we tend to be a tad too self-involved and need to be reminded to widen our gaze beyond ourselves and to stop for a second and simply pay attention to the person in front of us.

So, if you haven’t already, take some time today and give someone special a quick little reminder that you are thinking about them. It is through little things like that, that we are all made to feel a lot less alone in this world.